At the beginning, Eurinome, the Goddess of All Things, emerging from Chaos, found nothing solid to rest her feet.

At the beginning, Eurinome, the Goddess of All Things, emerging from Chaos, found nothing solid to rest her feet. Then, she divided the sea from the sky and began to dance by herself. Firstly on the waves, twisting them, then she moved southwards and realized that behind her there was a new blowing wind. She thought ”With it, I can start the creation”. So the goddess grasped Borea, the North Wind and hold it in her hands. Then, appeared the big snake Ofione, which felt in love with Eurinome’s dance. Borea is a special Wind, which is capable of fertilizing mares only by blowing on them. 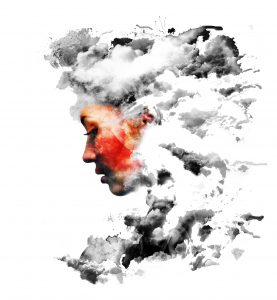 As soon as Eurinome got pregnant, thanks to the wind blow, she turned into a pigeon. She flown over the sea and laid the Universal Egg there. Ofione rolled the egg in seven coils and brooded it, waiting for it to open. At the right time, all the existing things came out from the egg. The Sun, the Moon, the Planets, the Stars, the Earth with its mountains, its rivers, its trees and all the living creatures they all were Eurinome’s children.

On Earth, from the soil of Arcadia, emerged the first man, Pelasgo. He was the forefather of the Pelasgian and other men. Pelasgo taught them how to build huts, feed on acorns and sew long tunics. In the meantime Eurinome went to live on the Mount Olympus, the home of the Gods. And Ophion? The big snake ended up in dark underground caves, because of his arrogance: he boasted he’d created the Universe. So Eurinome sent him away from the Olympus. Is that all? No, of course not. This is just the beginning….